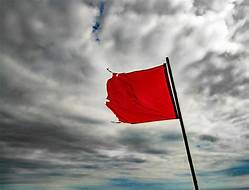 Yes, I have my dirt. You think I’m some angel above? You are wrong. But also when I was in my twenties there were some things I should have seen with my two eyes. I didn’t see the red flags when I was in these relationships with these narcissistic chicks that were playing games with me. I didn’t know why this was happening to me or why these girls where playing these stupid games. But when it comes to the thugs and the bad boys, these female narcs will not play around with them at all. But anyhow, hoping everybody enjoying the first month of the year. We all know that January is a very hard month but if you are having a hard one, hang in there.

I should have seen the red flags when I was in my twenties. I did an article called Jamaican Pudding and I was explaining about the fat Jamaican chick in 2003 in part one of the miniseries. She asks me for £15 so she can go to Manchester and I met up with her up at Wembley to give it to her. We broke up now. Here is thing because I still think about it 19 years later. I was thinking that “I wonder if that gold digging heifer is lying to me about her going to Manchester in the summer of 2003.” Why am I thinking like this? Because things don’t really add up. I know these scraggle daggles are nothing but gold diggers and they will lie their way into anything.

When I was in my twenties living in Brent, North West London, I was talking to one Rasta man and another guy who I was working with at the Brent Transport Service; I told them that I was in a relationship. The Rasta man asks me that have me and her had sex yet. I said no and then I said to them that she never calls me. And when I told them that, they really start to think that she must be with someone else, like some bad boy. You can’t be a gentleman with these women nowadays. They don’t want that. The relationship lasted for about ten month and then I just told her that I’m moving on.

Some black men say that the thugs always get the best looking black women and I do agree on some degree. They do get the best looking black women. You know, I should off told the thuggish dudes about the Jamaican fatty and the other who was playing games with me. Things are different now because I will see the red flags if I anything smells fishy. When it comes to the bad boy, thug or the worthless man especially the broke man, some of the black woman will give them a go in a flash. The reason why these scraggs will play games with a man is because that the man is playing the nice guy role. If a man acts like a nice guy, he will get his heart broken. And will get heartbroken again if he does the nice guy role once more.

What will happens when the bad boy, thug, the hopless man, worthless man and the unproductive man leave them behind? Remember, the bad boy will fuck these women over. Well, the scraggle daggles will try to go back to the guy that they played, used, cheated on and so on. But the guy who they were not interested in, he’ll kick them to the curb. And these women will have no choice but to deal with the simps that they don’t want. The simps are only good for is defending these scraggle daggles when thinking black men talk about their bad behaviour, but when it come to relationship/marriage, these scraggle daggles are not interested. The same way my narcissistic exes are not interested in my also.

Yeah, I should off saw the red flags but I was young. But I did had fun in my 20’s though!