What’s up people? Yo, I really need to get a car, blud. Nothing flashy, yet but I really need one. An E36 BMW 3 series (316i Compact or 320), maybe or a W202 Mercedes Benz C class (C200 or C230 Kompressor). Guys, Saturday I meant to go to two destinations. The first place I went into was home sweet home North West London. I went into this shop in Harlesden that sells hand bags, luggages, jewellery, you know Harlesden. Whatever you want, they got in Harlesden. I bought a bracelet with diamonds on it for ten pounds. I say “Yeah man, got that now!” I wanna get the silver diamond chain for £25 still and there was a gold one as well which is the same price, so it will be £50 all together. So, I went to Willesden Junction station and I took the Bakerloo line to Piccadilly Circus so I can go to Wood Green by taking the Piccadilly line. When I reach to Piccadilly Circus station, I saw that the Piccadilly line was closed. And I went “Oh my days man!” So I went to London Euston to see if I can get a bus to go Wood Green. I just changed my because I was so stressed out people; I was really to lose it. So it’s like I have to get a motor in 2022. I tell you, London transport is so frustrating.

Really need to get one of these, big time!

But I hope you ladies and gentlemen are doing well. This is goanna be the final article of 2021 from Money Cultural, straight outta North West London. I’ll be back on the 17th January 2022 with the srcaggle daggles causing mass mayhem and all sorts of nonsense, these simps out there stalking other men and these good for nothing beta males like Conservative MP Sister Peter Bottomley who say that the £82,000 salary the politicians gets is “Really Grim” and calls for a £20,000 pay rise as benefits are cut for millions of people around the country. So this 70 something old fart wants a 20 grand pay rise as benefits get cut in Britain? So if these politicians get this pay rise which they don’t deserve, add £82,000 and £20,000 and that will be £102,000 all together. Oh Christ! Here is the question? What did these political fools do to make them get a pay rise? What have they done recently for Britain? The average salary in Britain is over £31,000. A family doctor gets £100,700 a year. A chief crown prosecutor gets over £100,000 to £152,952 a year. Why would these beta males in the house of parliament who torn the UK economy apart ask for a pay rise?

Here’s the proof people. I got it right here: https://www.huffingtonpost.co.uk/entry/peter-bottomley-mp-pay-rise-universal-credit_uk_615dd4cae4b015457dcb3d5a?ncid=other_twitter_cooo9wqtham&utm_campaign=share_twitter

As we looking into politics right, we all see nothing but beta males. From the leader of the Conservative party Prime Minister Boris Johnson, the leader of the Labour party Keir Starmer and let’s not forget other prime ministers like John Major, Tony Blair, Gordon Brown and David Cameron, the worse of the lot. As you see the politicians going at it in the house of parliament on Sky News, you start wondering that these ineptitude dudes can’t run this country. Since Margate Thatcher, Britain has not had a strong leader for over 40 years. Since she’s, everything went to shit. You see, Britain is like a great football team in the past. If you’re an American, you call it soccer. They win all the Premier Leagues, Champions Leagues, UEFA cups, European Cup Winners Cups, European Super Cups, FA Cups, League Cup, World Club Clubs; the trophy cabinet is full of cups. And the now, Britain has this managers with no tactical skills to get into the top four and can’t win any trophies. And the team always finishes 15th on the league table ever season.

When it comes to relationships, these politicians are not running things in their relationship or marriage. It’s always their women who is the dominate person in their household. Since this country have a prime minister who is subservient like Doris Johnson, (And the other prime ministers in the past 30 years) Britain has slide down the mudding hill and still hasn’t stop sliding since he became the leader of this country. When a man who submits to a woman in a relationship/marriage, things will be really detrimental especially if someone is running the country like Britain and these beta males have destroyed the British economy. You see, I don’t know what the gender is with these fools in the house of parliament but they are willing to destroy the economy in Britain and to the British public and around the globe, these beta males will stop at nothing.

I’m not with the submissive thing because I can take care of myself. I can cook, clean, wash my own clothes, you get my drift. I don’t need anybody to take care of me but there is no way that I will let someone dominate me. Just I let the woman do her thing doesn’t mean that she can’t let me do my thing. But you guys will say “What will happen if she cheats on you?” Then if the woman cheats on me, then the relationship is over. There’s not trust anymore. And yes, I had my unfaithful in my 20’s ways but the relationships I had, the women were just gold digging narcissistic hoochies. One in St Thomas, Jamaica had a boyfriend and had a kid with him and the other was a district girl. All a man wants is a peaceful relationship but not with these women who wants to dominate him. For the simps and the beta males, the are in a house where the woman is the dominate one that is not only running things.

My woman will tell me that “You know I’m running things in this Money Cultural” then I say “Just because you’re not goanna submit to me, it doesn’t mean I must submit to you.” And when she says “It’s over, then” then I’ll say “I’m off, star!” 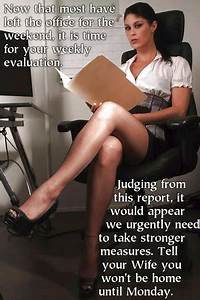 I hope you people have a Merry Christmas which I don’t celebrate and a happy new year. Such a difficult year. But I hope thing will get better, I hope. See you in 2022.

Hold on, I just saw this video on Instagram of a woman that go caught cheating with another man. The browning is on top of the guy in the back seat of a car, naked. What a trifling scraggly. And there’s another video which I will saw on my next article of a fat scraggly whitey. Her military husband who is now in a wheelchair caught her with another man. I will show you the video on my next article Caught In the Act. Next year, oh Lord!