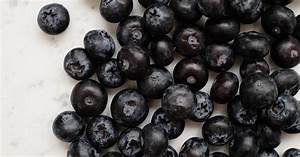 First I wanna give a shout out with Kid Orgainc with the YouTube video of when C Boogie Productions did a live stream of his getting his asshole eaten out. And I also wanna give a big shout outs to Verbs2015 with his article about C Boogie, getting his ass eaten out. I thought that I will never do a third instalment of the black fruit but it’s here now. But hope everyone is doing alright. Outside is really cold and raining so when you walking outside, wrap up warm. I need to get some more long coats because I wanna go in winter with style. Winter, here I come with some style. Not expensive though!

This is Kid Organic’s video to this

The title name though, lol!

You know I have no issues of anyone sexual orientation and I know you goanna say “You always say that blud!” Yeah I always say that but this one here, oh God! YouTuber C Boogie told a story of him getting drunk. He left the night club with two women and some guy that he didn’t even know. And then he continue to tell the story, he said that a woman turned him around and eat his ass out. I’m not lying people, the Negro said that on his stream blud! And when his asshole was eaten out or finished getting eaten out, his says that he was looking for the condom wrapper if he and the woman had sex. He was looking around the bed if he sees nut on the bed sheet. My goodness! He said his trousers were down as well, I don’t wanna go into detail of what the man has said on his live stream.

And when he told the story of him getting flipped over by the woman, I didn’t believe that neither. There is no way that a woman will have the strength to flip a guy to his stomach to eat his behind. To be honest, it must of been a man flipped him over and eat his booty out. And I think that more happened that night when his butt cheeks getting munched away. When he said that he was looking for the condom wrapper, the man must off plow C Boogie from behind and walked out the bedroom with the rubber on his private section and took the wrapper with him.

I have no issues of any man who is homosexual. He can do whatever he wants in his life. He can live a certain lifestyle but on this YouTube, there are black men who are showing these homosexual tendencies. We had Kevin Samuals asking a guy is cock size, we had IBMOR BGS saying that he will fuck Kid Organic up the cheeks when they were beefing left, right and centre we has a Charlamagne The God said that he will go down on Tekashi 69, Woke Poofgressive 2.0 confess that he’s gay when he was talking about black men with non black women and now we have the dom game Cock Boogie Productions telling a story about him getting his bum bum eaten out.