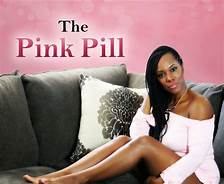 I knew this would happen, I bloody knew it. The queen of the swirlers Christelyn Karazin has snug herself a black man. that’s right SYSBM, she has snug herself a black man and I bet you people it’s nothing but a simp. But I hope everyone is doing well. Money Cultural here, straight outta North West London with a news flash. A big news flash which is bigger then any breaking news on any news channel. Sky News can’t get anything bigger then this. This is bigger the CNN. The woman had a huge hatred towards black man and now, she went back to black men and it’s not the good black men she’s end up with. It’s a simp who are against SYSBM. I meant to talk about doing the Russel Wilson thing but that’s goanna be on Friday.

YouTuber and pink pill Christelyn Karazin has a huge distain for black men. We have seen it on her YouTube channel. Yeah, so does Crystal Swirls who has a huge distain for black men. There a lot of channels of black women showing their huge hate for black men. I remember a black woman who is known as The Happy Hooker who has a hateful side towards black men. I like to know how much she charge for a fuck? Maybe for the white beta males but a different story but let’s go back to Ms Pink Pill. You see right, when Christelyn was pouring her hatred towards black men, she was worshipping white men and it wasn’t the white man like Nice Guy Nick who works in the city earning £100,000 a year, drives a Mercedes Benz S500e and has a house in Watford, Hertfordshire. These scraggle daggles goes for the bottom of the barrel white dudes like Bottom Shelf Brad, Homo Nazi Vern, Small Dick Dave, B.C.O standing for Black Cock Obsessions, King Beta George, and Meth Head Phil.

She has black children from ruff neck black men but she was married to a beta male and had a child with him. After they got divorced, she find another beta male who was a racist dude. So, now returned to black men and she found a simp who will defend her honour. I have no problems of black women being in relationships with a non black men. I feel the same when a black man who is with a non black woman but here is the issue. When a black woman finds a non black men for a relationship and most of the time it’s a white man, they will go for a big time beta male. And there are some black people and white people say that the only non black women black men will get is a fat white woman. But the reason is why some black men are with fat white woman is because they have been with fat black women. And non black fat women is something that I really don’t mind. Especially if she’s a fat Latina.

Right, the reason why she is leaving the swirl movement is because the she made money of this movement which was very flawed. It was just financial strategy really. She is doing the same thing which the king of simps Derrick Jaxn did when he throw black men under the bus just to get money. But the simp who is with her right now, he’s goanna live off her. He knows that she has money. This simp don’t have money for himself. He’s focused on her punany but he’s not goanna take care of her financially. You may think that these simps are like Pookie, Ray Ray, John John and Day Day but they are not to be honest. These simps can’t get women like this dudes of the streets can, you get me? These simps are only wanted when these scraggle daggles gets rejected when the good black man says no to them. So these simps are waiting for these scragglies to come back when they get dick down by thugs and the racist white men.

Another YouTuber Cynthia G was another scraggly that had a distain towards black men. She got breed up by pro black Robert Perkins also known as The Nigga With Tattoos. He’s a baby father of four children and Cynthia G who was worshipping the beta males went all the way to Los Angeles, California just to get breed up. And there was a next swirler known as Crystal Swirls. She’s was in an abusive relationship with a white guy who’s a meth head. She had a white boyfriend before but that ended quick. And she said that he couldn’t keep it up so she misses that big black dick. That’s what she said ladies and gentleman. And the boyfriend was feminine. I have done an article called The White Ike Turner when I explained about her being abused by her drug addict boyfriend with her son who is biracial is around.

Swirl Mountain is nothing but a cemetery full of gravestones with a whole leap of duppy running loose there (Duppy is a Jamaican term for ghost). No scraggly daggly really don’t make it to the top of the mountain most of the time. Like I said I have no issues of black women being with non black men but they end up with a white man who is not like Nice Guy Nick. When these scraggle daggles see a black man with a non black woman, they will attack him verbally. But when a black woman is with a non black man, nobody comes after her but then she will go for the beta male instead. And she will go for the beta male with no job, no money, no car and no house more then the black man who is established. I wasn’t surprised that Christelyn Karazin when back to black men.

She has deleted her channel I heard. I think that she took it down because she is with a black man who is a simp and I bet you that she will send him to attack SYSBM.

2 thoughts on “I Knew This Will Happen”