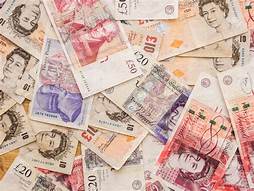 That’s what Britain care about. They come like my ex girlfriends!

The sun is shining, weather is free! First up, when I was at the mall in Luton Town, Bedfordshire, I saw this tall white man got caught for selling at the Superdrug store. When the workers was searching the tall man, the lanky dude had shampoos on him. The man had TRESemme shampoos, VO5, the man was even teefin’ Head & Shoulders blud! (It’s a Jamaican term for thieving). And I think he dropped another bottle of Head & Shoulders and the guy who work for Superdrug said “Oh, there’s another one!” As they get the shampoo back, the lanky teef walked off. The lanky man is goanna try again you know. And when I was riding home on my Trex 830 Silvertrack 8 speed mountain bike, there was this black guy was sitting down and he says to me “Excuse me, can I ask you something?” As I ride off saying nothing, the man said “I guess that is a no then.” I don’t want these people wanna ask me. Look here, when I ride past him, all I smell is weed. I don’t wanna say anything else, star!

Right, my mum has to do the Census application form on the internet. And I have to do one as well. When I saw the purple leaflet, it says that you must complete the census by law or you could be fined up to £1,000. When I told her about the fine if the Census is not complete, my mum says “Them lucky!” It’s a Jamaican term they use there and I don’t know what they mean by that. When I did the application form for my mum and me. I was so pissed off. I was thinking “Britain loves fining people in this country which is drowning into an ocean of dog shit. We have this television licence which is just a huge scam and you get a £1,000 fined if you don’t pay for it.

Boris Johnson impose a £5,000 fine for holiday makers in major crackdown, we have police officers fining people £10,000 for breaching coronavirus restrictions, remember the time when the guy crashed his BMW 3 Series into Edmonton police station in North London and then set the road on fire. I did an article on that called The Road Of Fire. That was the most craziest thing I’ve ever seen, bomba cleet! All of these fines, council tax, the television licence and so on, as you look at Britain, this country is money grabbing country and all the government thinks about is money.

We know that the money is going to the police, the nurses and so on but not going to the youth centres. I think that’s when the government don’t fund the youth centres, they are doing this on purpose. It’s like they just wanna see the youth get into trouble with the knife crime thing you, get me? And these young people who are stabbing each other up are young black kids. If the government is taking the good thing away, they will bring the bad thing in. They do it all the time. It’s a regular thing. This is very common.

People in Britain complain about the government and there is a huge reason why. Because the see the government just tear the economy apart. And as the government ramming Britain from behind without Vaseline, they are taxing people left, right and centre. You must be wondering what scheme the government have under their sleeves. Oh, it’s something but we don’t know what. When the government is goanna start caring for people? To be honest they never will. The only thing that they care about is money and they trying to grab it form the people.

Britannia, she is not a happy woman. She is just sitting down and has her legs crossed sulking hard. All because of the government fucking the country up from top to bottom with them raising unemployment, rising the council tax, fining people unnecessarily, three lockdowns, defunding the youth centres and so on. As I look at it, Britain is goanna go through a big time recession and I mean a big, big, big time recession and this time Britain ain’t goanna recover from this one. Britain has been hurt by the government’s bull shit for many years and nothing can heel this so called great nation.